Women who are successful in business usually have four ingredients to help them break through the glass ceiling. These things are essential in promoting an environment for a thriving career and may very well make the difference at the finish line.

1. A Mentor
The most important motivation is your hero/mentor: do you have one? It may be someone in your family, a friend, a co-worker and almost always, a superior in your office. At least, this is the way it happened for me. I met her during our first interview (mine, I was applying for the job) after I had realized that breaking the glass ceiling in the industry of choice at the time was going to leave me bleeding. I was committed to try again, and then I found her.

2. Passion (Yours!)
The second most important ingredient in your story is passion. If you donâ€™t have it for what you have chosen as your life occupation, hang it up. Right now. The argument that other disciplines may yield greater economic returns is a non sequitur. You will be so miserable that all the money you see in the bank account will not turn it around. Here again, I speak from experience. You are going to spend 40, 50 maybe 60 or more hours a week practicing and living your choice, so you had better love what youâ€™re doing, or youâ€™re only making the doctors richer.

3. Being Jewish Counts
The third ingredient is your background: at the risk of sounding chauvinistic, the majority of Jews are usually well read, well bred, and grow up in a nurturing environment. In my case, being a Sephardic Jewess gave me many upper hands, which I considered handicaps when I first landed on the American shores. I was multi-lingual, inherited my fatherâ€™s photographic memory, and received 2 scholarships that I never got to use. I was a fairly quick study, and as most young women wanted to teach. My wish was granted, and I was hired, fresh out of high school, at the Berlitz School of Languages to teach English, French and Spanish. After a year and a half, I realized this was not my calling.

4. Adversity/Confidence Quotient
The fourth ingredient, and this may not work for everyone, is adversity. As a people, we seem to be able to thrive under adverse conditions, and I was not an exception. I had lost both my parents by the time I was 21. Life was difficult, and the business climate was all male. Every time I thought I had reached a benchmark, there would be someone in a higher place to set a roadblock for me.

The fourth ingredient gave rise to the final ingredient and that is confidence. The belief in yourself is immeasurable. What one must be very cautious is this: do not let confidence become arrogance, because you will have written your obituary. Learn to discuss without being confrontational, and pay attention to the modulation of your voice. There is sufficient chauvinism out there about emotional, hysterical women and we donâ€™t need to add to that prejudice.

Having confidence will allow for risk taking, which again is an essential ingredient for success in general, but also primordial for starting your own business, which I eventually did. The passion, the naysayers, the starting at the bottom of the ladder, all were factors that eventually translated into success.

The ingredients to this formula are constant, but their characteristics are always changing as you grow into your job, and eventually into your own company. The years, which are usually defined as experience, have a tendency to soften the rough edges, and we also discover that there are ways other than our own to demonstrate skill, confidence, mastery, self-control, and enthusiasm.

What also works in your favor, should you decide to go into business for yourself, is that in the last few years, as Thomas Friedman so aptly described it, the world has become flat. Therefore, you could be competing for business with the behemoth company in your field, but you will have certain advantages, which will make your proposition more attractive to the prospect. 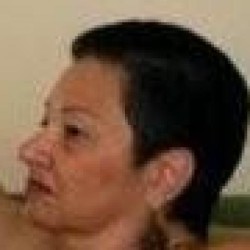 Aimee Kligman
Aimee Kligman, nee Dassa, is owner of Victoria Paper Company and is living and working in Queens, New York. She has been her industry's expert on the subject of handmade papers for the last thirty years. She has served with publicly traded companies as a consultant in helping them launch new paper lines and has developed paper websites for her company as well as her customers. She has a daughter who practices law in New York as well. She is the creator of Women's Lens, a very popular blog with Jewish readers. She is an avid traveler and a linguist.